This page is dedicated to the pub trade. Here you will find upwards of twenty beers which are brewed on a rotational or seasonal basis. All beers below are either available or unavailable as stated. Throughout lockdown Kissingate Brewery has maintained a busy brewing schedule and has ensured a good supply of fresh beer is ready for when our pubs and clubs are open. Mail us: ORDER BEER  or call: 01403 891335

Please understand that we are a small family run brewery and may run out from time to time before updating this page.

For information all our beers are vegan friendly and are produced using pre-filtered water, traditional floor roasted malts

At Kissingate we strive to produce something for all tastes from simple session beers to utterly decadent beers.

beers at regional and national level.

Gentle floral and gathering bitterness derived from a blend of English hops.

A red IPA with multiple flavour layers of malt and prominent citrus fruits.

Click on the pump previews to obtain a higher resolution

Notes of dark chocolate derived from black and amber malts.

Full of aroma and character with a Port like 'nose'. Carefully crafted to a higher than

average ABV in order to capture the flavours of an old style ruby mild.

So... lightly hopped but certainly not weak. Treat with the greatest respect. 6.5% abv

who lived in Crawley until her death in 1995.

A rich bitter-sweet stout. Subtle liquorice, coffee and molasses flavours with a hint of rum on the nose. 6.0% abv

Brewed in collaboration with The Hope in Carshalton

A rich, dark and decadent stout with intense notes of molasses, bourbon,

Winner of The Redhill Beer Festival 2015

Available on special order only

A coming together of richness and softness in perfect harmony. 10.0% abv

Here are some of our awards. We are proud of every one of them and are grateful for all the votes we have received from the public and CAMRA Branches.

A refreshing amber mild with a light floral bitterness

and subtle herbal fragrances of bay, rosemary and thyme. 4.5%abv

A deep ruby beer. Roasted malt, cinnamon and sweet plum on the nose.

Soft and subtle vanilla notes with a mild bitter finish.

A strong mild with notes of chocolate, sweet malt and vanilla.

A rich flavoured APA with sweet malt character giving way to mango and sweet pine bitterness derived from a blend of Falconers' Flight and Williamette hops.

Subtle sweet raspberries and a hint of vanilla on the nose. 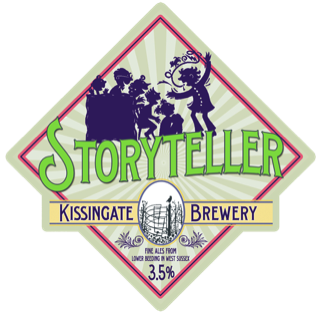